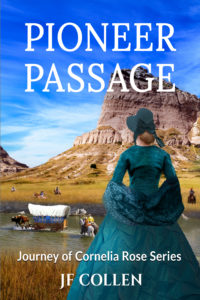 Pack up and leave her home? Never see the broad Hudson River, which flows both ways past her sitting room window, again? Eschew the glories of New York City and the wonders of the 1850s modern technology, and head out to unknown territory in the Wild West?


Also in this series: 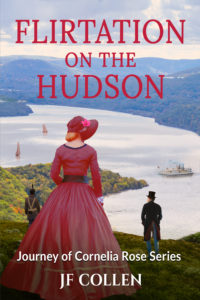 Heeding the call to “Go West Young Man,” Cornelia Rose’s husband accepts a position as Circuit Judge in the new Utah Territory, and persuades her that it’s an exciting opportunity for them all. She thinks leaving the modern comforts of their home in Sing-Sing, New York, and saying goodbye to her family, will be the hardest challenge she’ll ever have to face.

Life on the Oregon Trail is full of more deprivations than Cornelia ever imagined, in spite of her research, and preparation of their Conestoga wagon, for the rough road ahead. She summons all her resourcefulness to combat the hardships leading them to the greatest unknown: what would be waiting for them in the Great Salt Lake City?